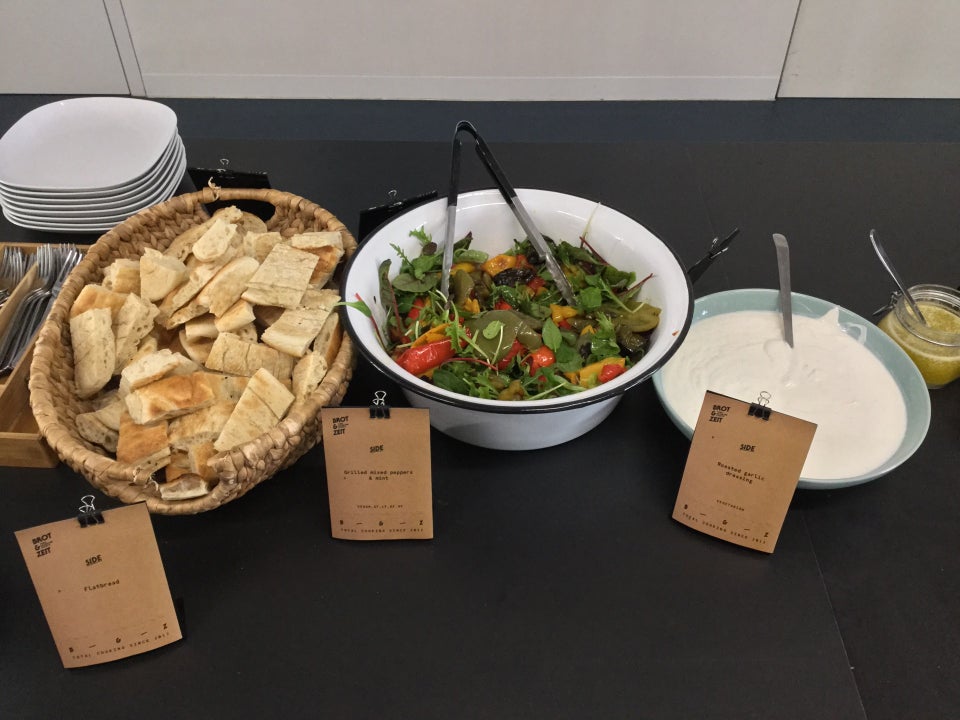 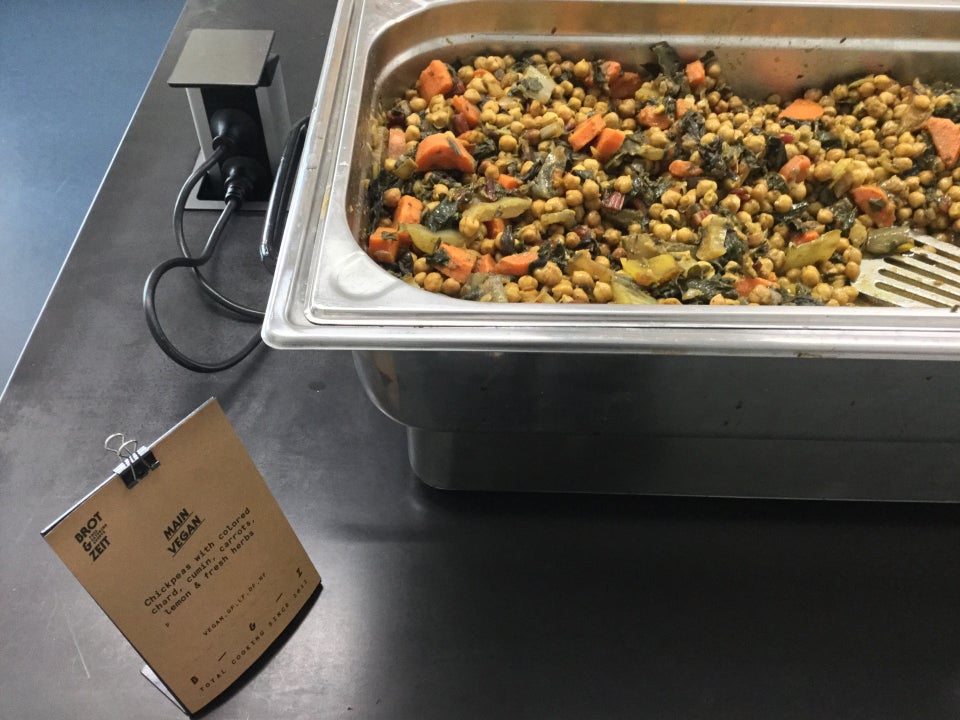 Cater vegan by default (per Guardian environment article^1). Defaults matter, and changing them works (changes behavior).Instead of making "vegan" or "vegetarian" a special meal option, flip it around, and cater vegan by default, with special meal options for dairy (milk/cream/cheese/yogurt), meat, or fish (as well as other needs / sensitivities).Mozilla Berlin catered lunches are fairly simple, and all but one of the "normal" dishes were vegan(1,2). There was both vegetarian (with cream) and vegan salad dressings on the side. Lastly a "special meal" container had fish. Putting non-vegan additions on the side is another good technique.Several years ago, @aaronpk and I decided we would cater vegetarian by default at IndieWebCamps we ran. He’s vegetarian, and I’m pescetarian so that worked for us. We of course ask participants to tell us if they have any additional special meals needs, turns out nearly none did / do. Changing defaults works. Most recently at IndieWeb Summit we did more than 50% vegan dishes (all vegetarian) with no complaints.We leave it up to each city’s IndieWebCamp organizers to decide for themselves (in a very distributed decision-making BarCamp way), however I think we’re going to make at least vegetarian a suggested default for new organizers, while going with a vegan default for IndieWeb Summits in Portland.I’ve also been (repeatedly) advocating internally at Mozilla for the company to switch to vegan catering by default for events, especially the ones where people have to sign-up with a form and indicate any dietary requirements. Hasn’t happened yet but I’m not giving up. I can say I’ve had more and more people say they think it’s a clever idea and they like it. Eventually I expect enough support that change will happen.I admit that seeing @osbridge (Open Source Bridge) provide vegan meals by default for years definitely inspired me. Seeing a large conference do it makes you realize how doable it is. Things like this are why personal, small group, and company choices around food, consumption, environmental impacts do make an impact. By setting a good (if bold) example, you normalize it, you remove fear, you make it that much less strange for the next person to choose to do so, for themselves, their group, or their company. Eventually maybe you help inspire a policy maker, or enough people to influence a policy maker, and can impact local city decisions, maybe state, and more.Systemic change is possible, and it’s possible to work in parallel at all levels.#vegan #vegetarian #caterVegan #veganByDefault #defaultsMatter #resetAllDefaults #optionalDairy #optionalMeat #optionalFish #environment #environmental #optimist #futureOptimism #noFilter^1 https://www.theguardian.com/environment/2018/may/31/avoiding-meat-and-dairy-is-single-biggest-way-to-reduce-your-impact-on-earth — just going to keep linking this.