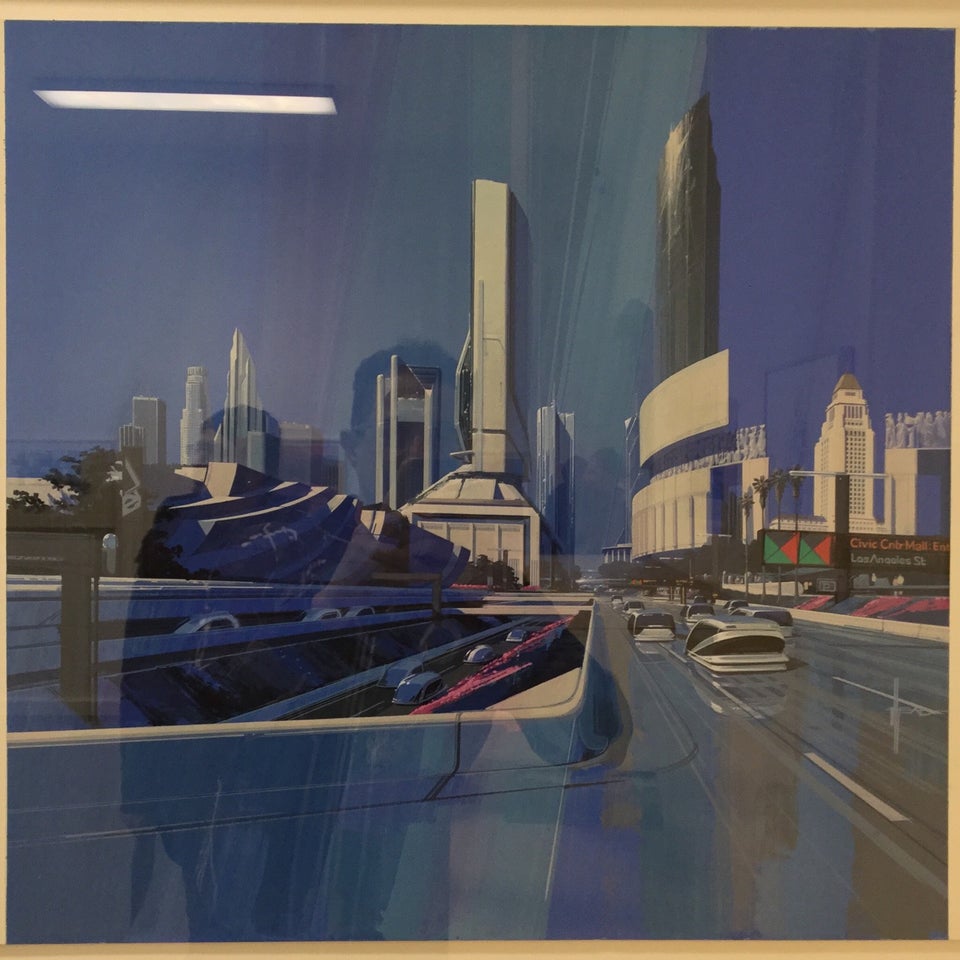 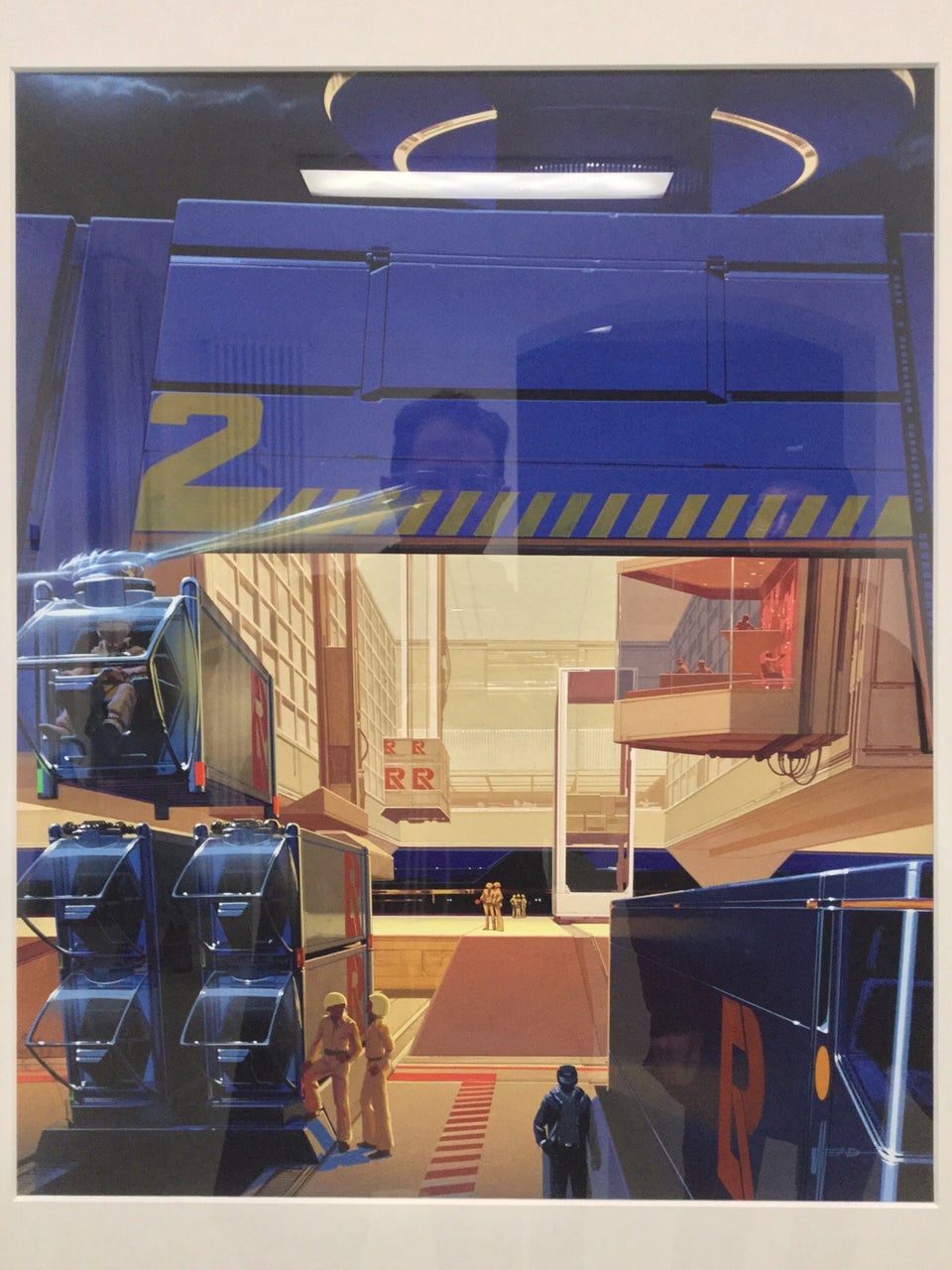 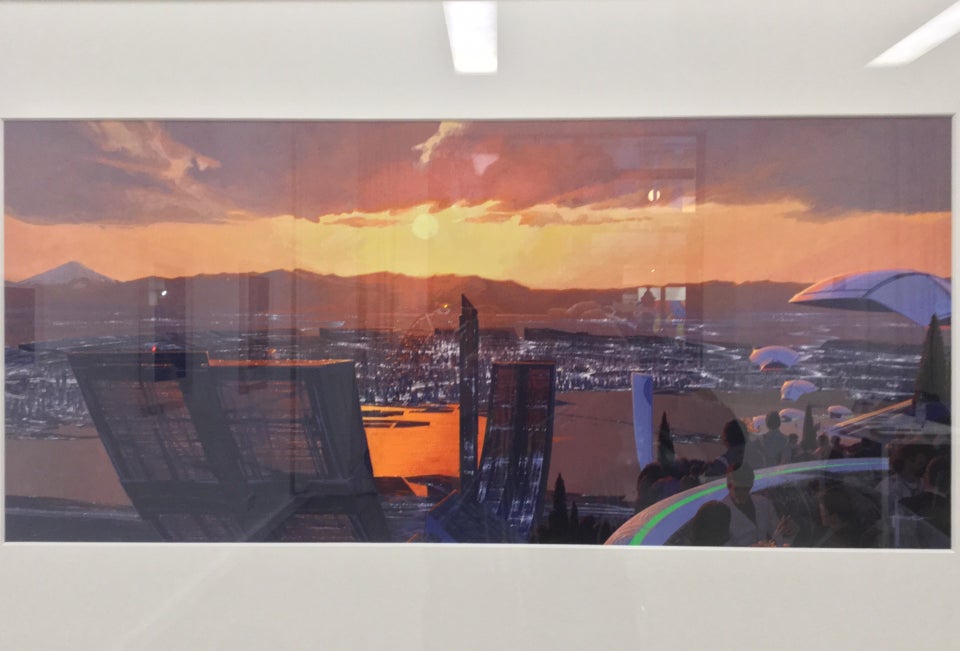 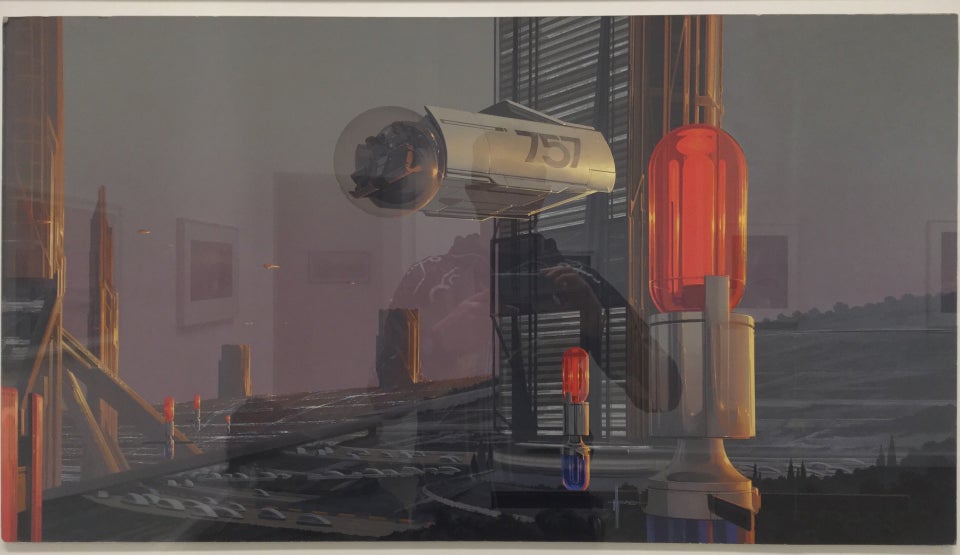 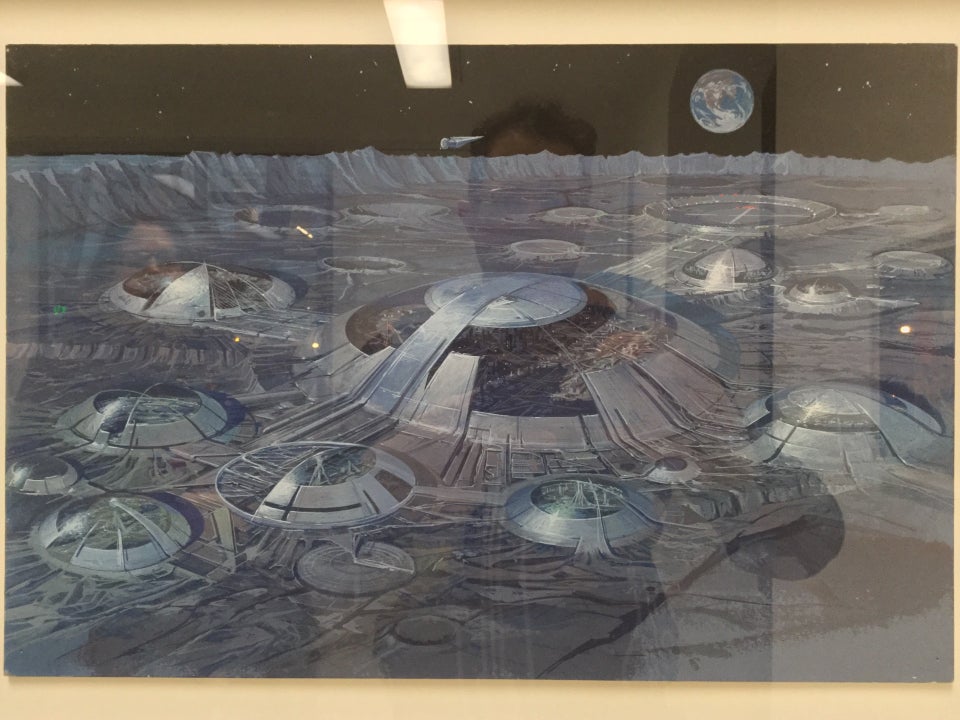 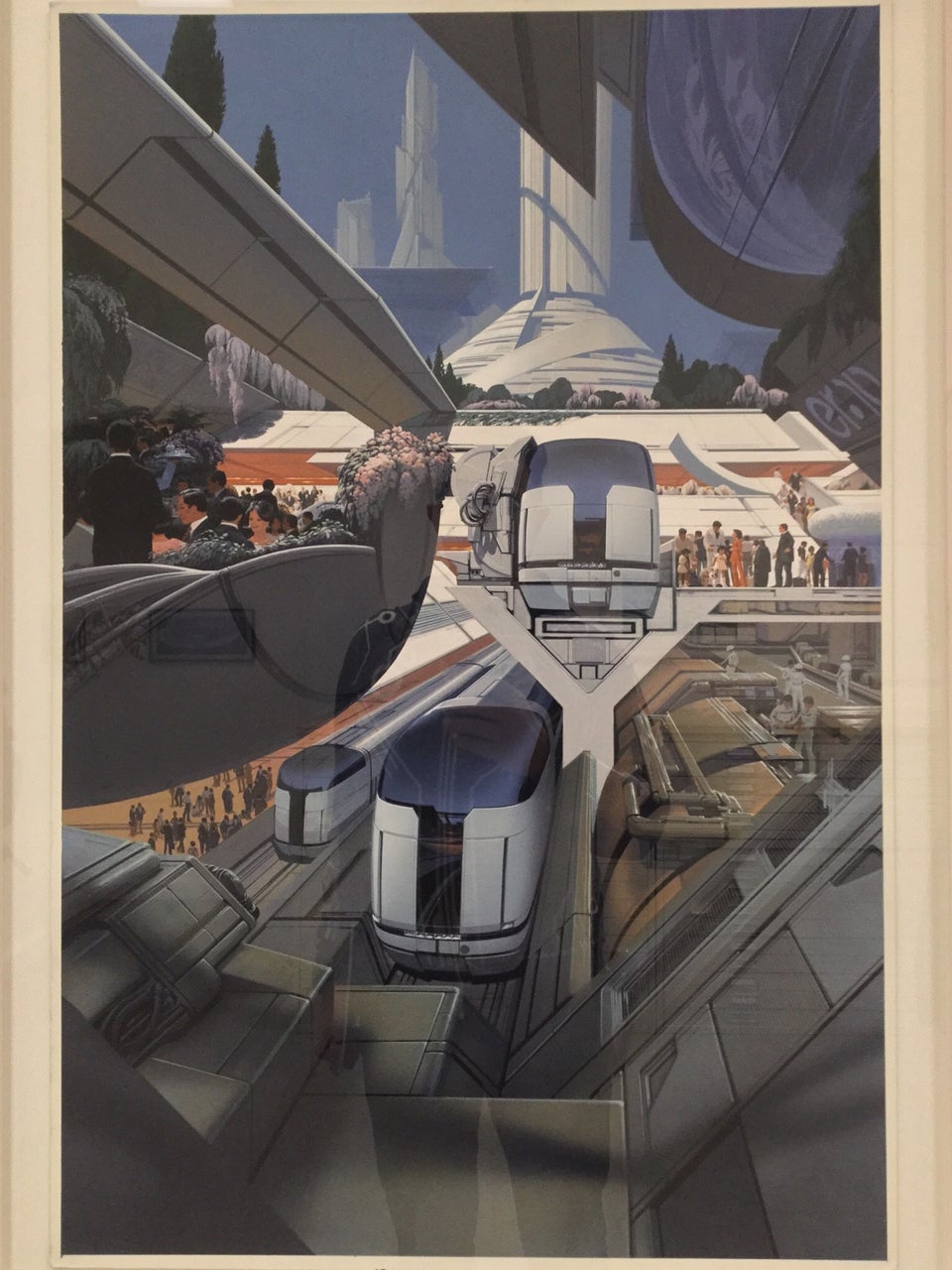 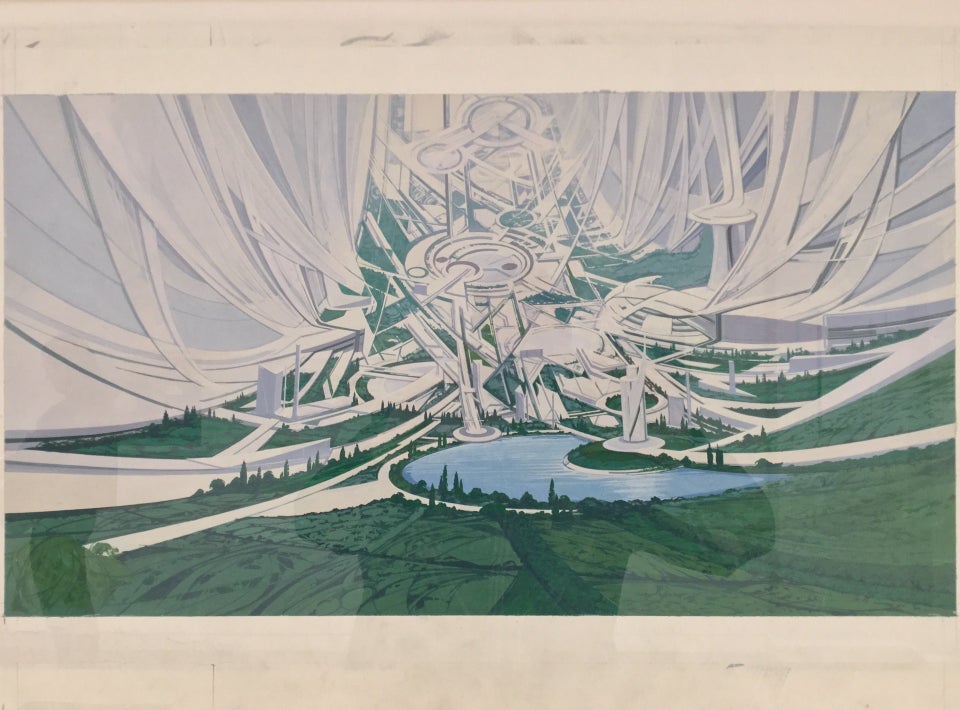 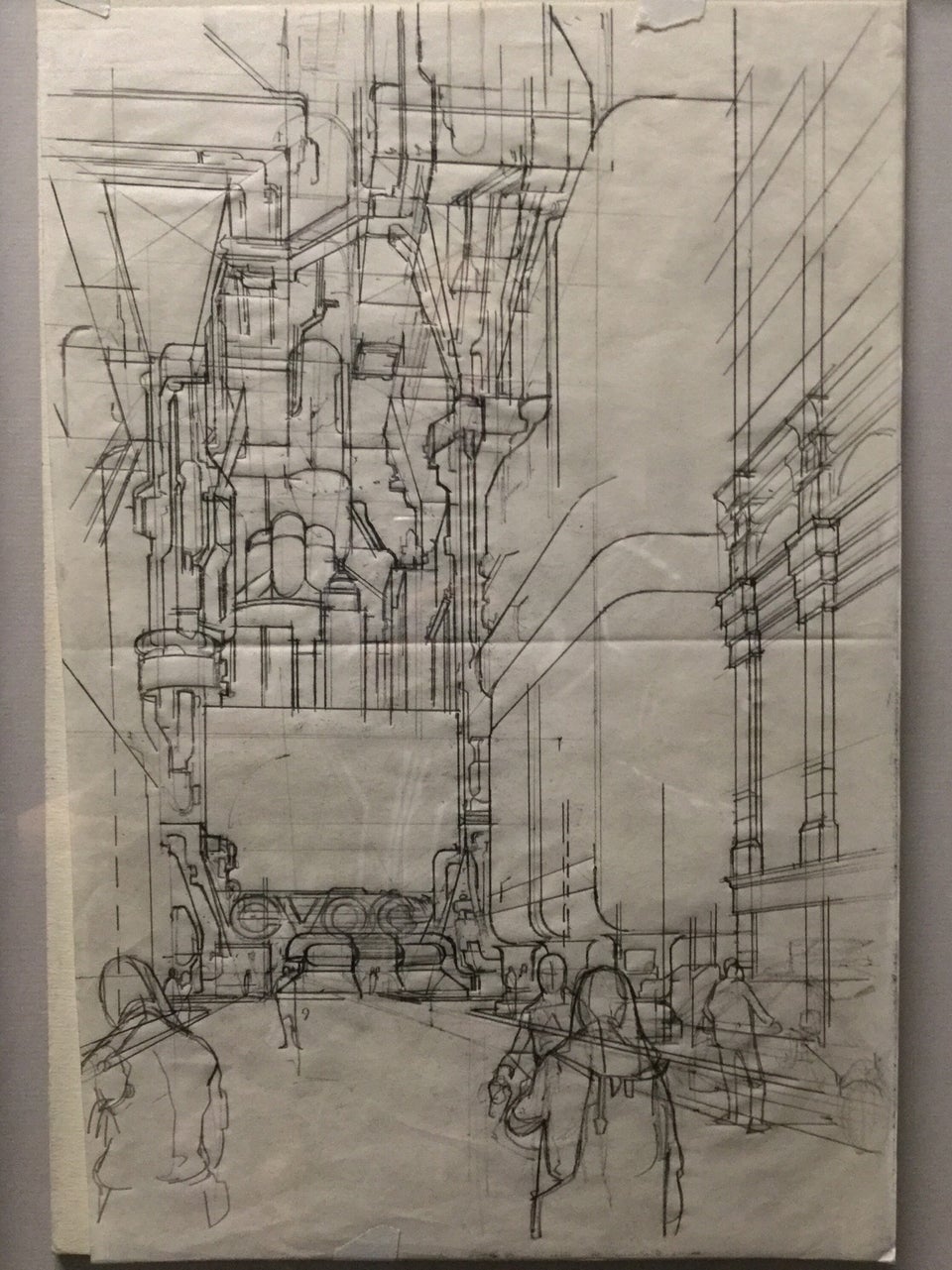 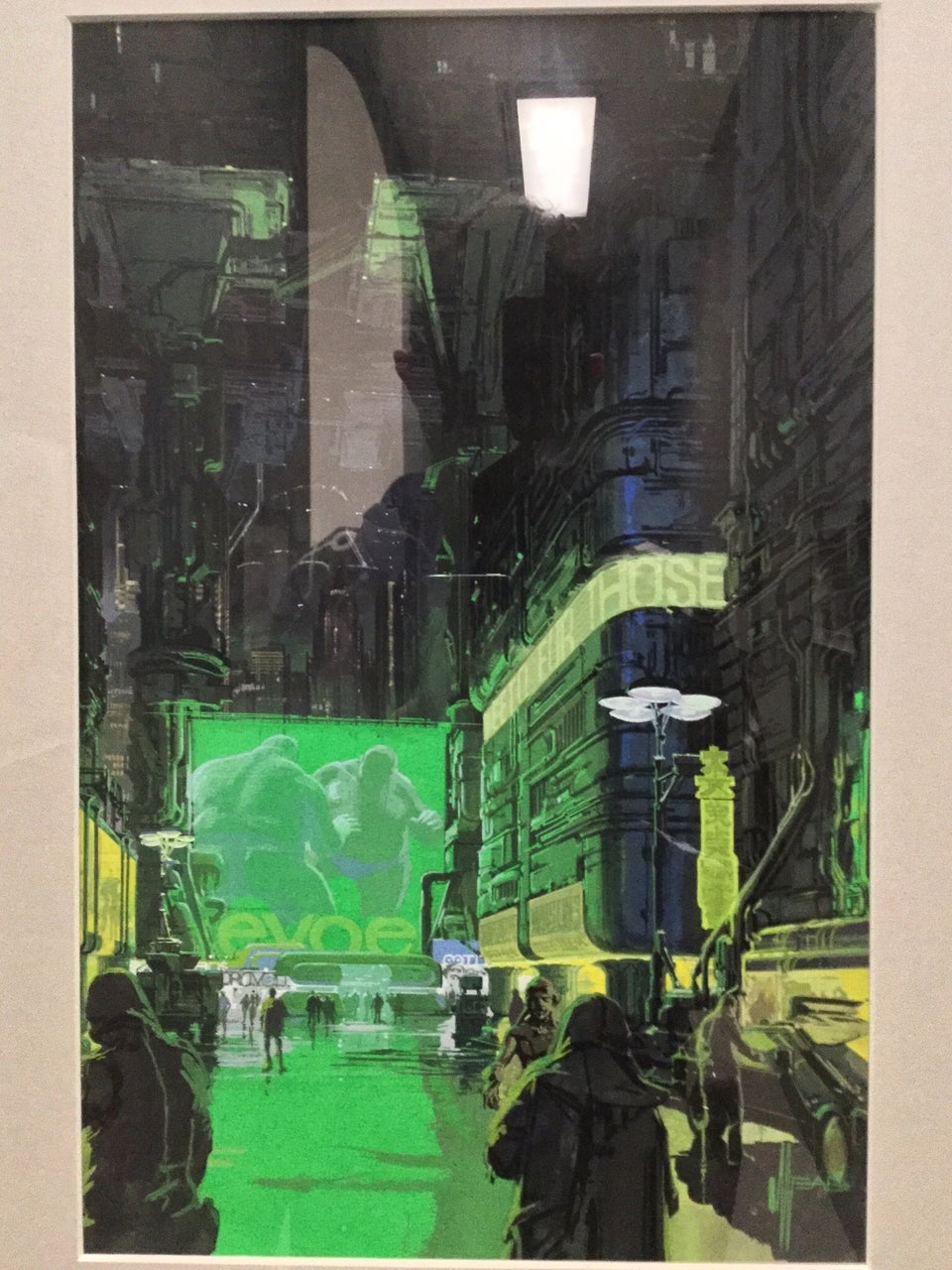 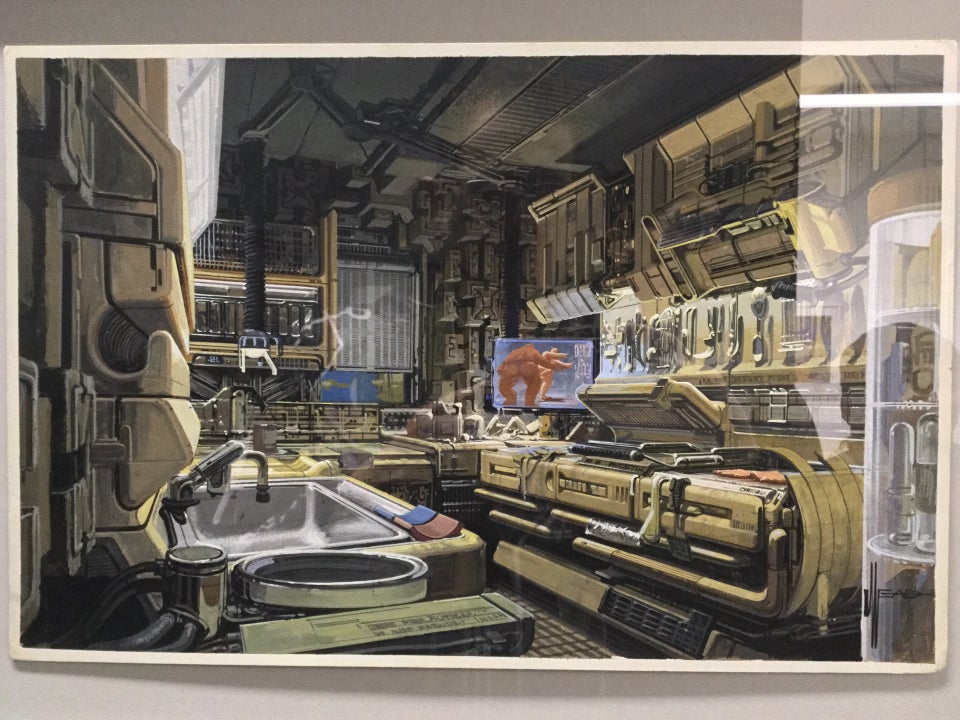 “Reality ahead of schedule”. Saw the Syd Mead Exhibition at the gallery O&O Depot, where many of his Future Cities paintings and sketches were on display.It’s fascinating viewing his paintings in the context of the years he painted them (1970s-2000s). There are aspects of both #utopia and #dystopia, depending on how you view them, which details you explore and analyze.The paintings pose provocative questions about the implied systems behind the structures and the people.What are the economic and political systems that enabled the construction of these cityscapes?What are people’s roles in them, what purposes do they serve, and how are the structures maintained?Could they be maintained by different political systems than those that built them or do they assume or reinforce particular systems?The first photo is the only one that I saw that integrated present city features (Los Angeles city hall!) into a vision for the near future(1), with multiple generations and layers of construction. Others have apparently completed or fully formed visions.There was also only one based on another world(5), likely the moon. Only a few show adjacency with the existing natural environment(3) or integration of planned natural features(6,7). In general the artwork shows fully developed or urbanized environments(2,4,8,9), or an indoor scene: Deckard’s kitchen from Blade Runner(10) lacking any apparent plantlife.The opening quote is excerpted from “I’ve called science fiction ‘reality ahead of schedule’”, by Syd Mead himself in a 2008 New York Times Interview: https://www.nytimes.com/2008/05/23/arts/23iht-lights.1.13118726.html#art #reality #SydMead #exhibit #gallery #future #painting #paintings #city #cities #cityscape #cityscapes #structures #systems #2020_028 #20200128 #noFilter